U of T mountain bikers swap bikes for paddles

Over 44,000 pounds of garbage has been removed from Don Valley Forest by caring volunteers through U of T's mountain biking team's Don Valley Urban Forest Clean Up project (all photos by Avenue 1379)

The University of Toronto Varsity Blues mountain biking team has been helping to keep the Don Valley Urban Forest clean for years. To show their appreciation for their efforts the Toronto and Region Conservation Authority (TRCA) set aside two canoes for the team and invited them to participate in their annual  “Paddle the Don” event on Sunday, May 5. 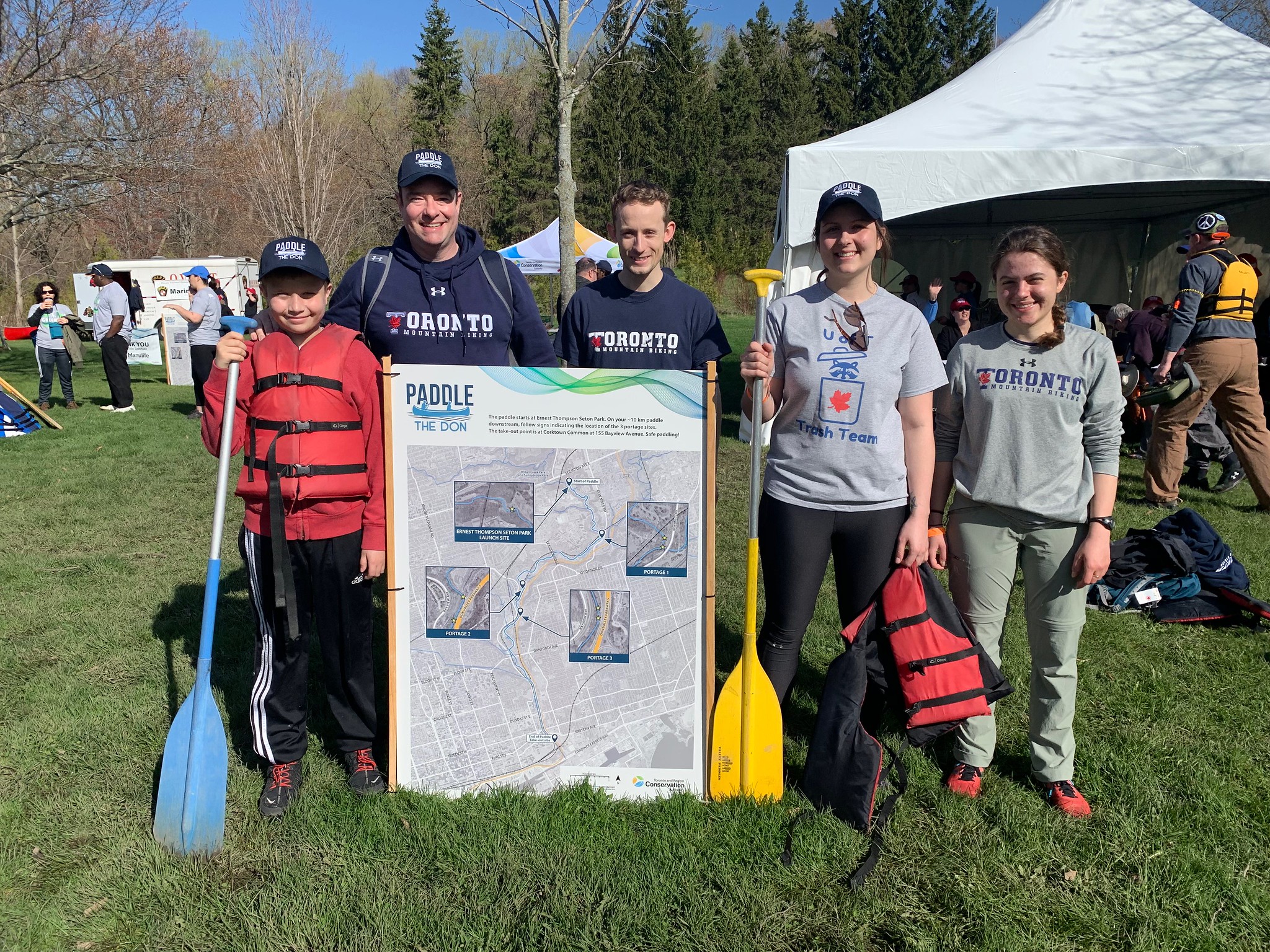 For 19 years student athletes from the University of Toronto mountain biking team have organized the Don Valley Urban Forest Clean Up Project. The goal is to remove all plastics and litter from the forest. Like many, the team enjoys and trains on the Don Valley forest trails. They decided early on they wanted to try and help protect them. To date, volunteers have worked with the City of Toronto and picked up twenty-two tons of garbage from the forest floor at this annual event. It has also led to research initiatives. The project is now supported by U of T’s School of Cities and the project model has be studied and integrated into U of T’s undergraduate Urban Studies curriculum.

To show their appreciation for their efforts the Toronto and Region Conservation Authority (TRCA) set aside two canoes for the team and invited them to participate in their annual  “Paddle the Don” event on Sunday, May 5. This is a once a year event aimed to raise awareness of the health of the Don River (watershed) and support the TRCA. Participants canoed down Toronto’s Don River. Normally water is too low for this activity, but for this special event dams are opened to increase water flow and depth.

The U of T canoe crews consisted of Varsity mountain biking team co-captains Michal Leckie, third year student of global health and philosophy at U of T, and Brandon Fawkes, fourth year student of cinema studies and philosophy, as well as head coach David Wright. Also helping paddle was Scott Laver, supervisor of the Natural Environment and Community Programs at Urban Forestry – City of Toronto, and Marko Wright, youth volunteer.

The team was also thrilled to have PhD candidate Samantha Athey from U of T’s Rochman Lab. Athey is part of the U of T Trash Team, a campus group dedicated to increasing scientific and environmental literacy beyond academia. She was joined at the event by Assistant Professor Chelsea Rochman from the Department of Ecology and Evolutionary Biology, who was organizing a shoreline clean up.