Taking a break from their busy jobs, KPE staff and faculty came together for the third annual Recognizing U event to congratulate each other on another successful year, catch up on news and enjoy a tasty lunch.

The event is an opportunity to recognize the many and varied accomplishment earned by KPE staff and faculty throughout the previous year. And, with almost 200 appointed staff and faculty members, and more than 1000 casual staff, there is always much to celebrate. 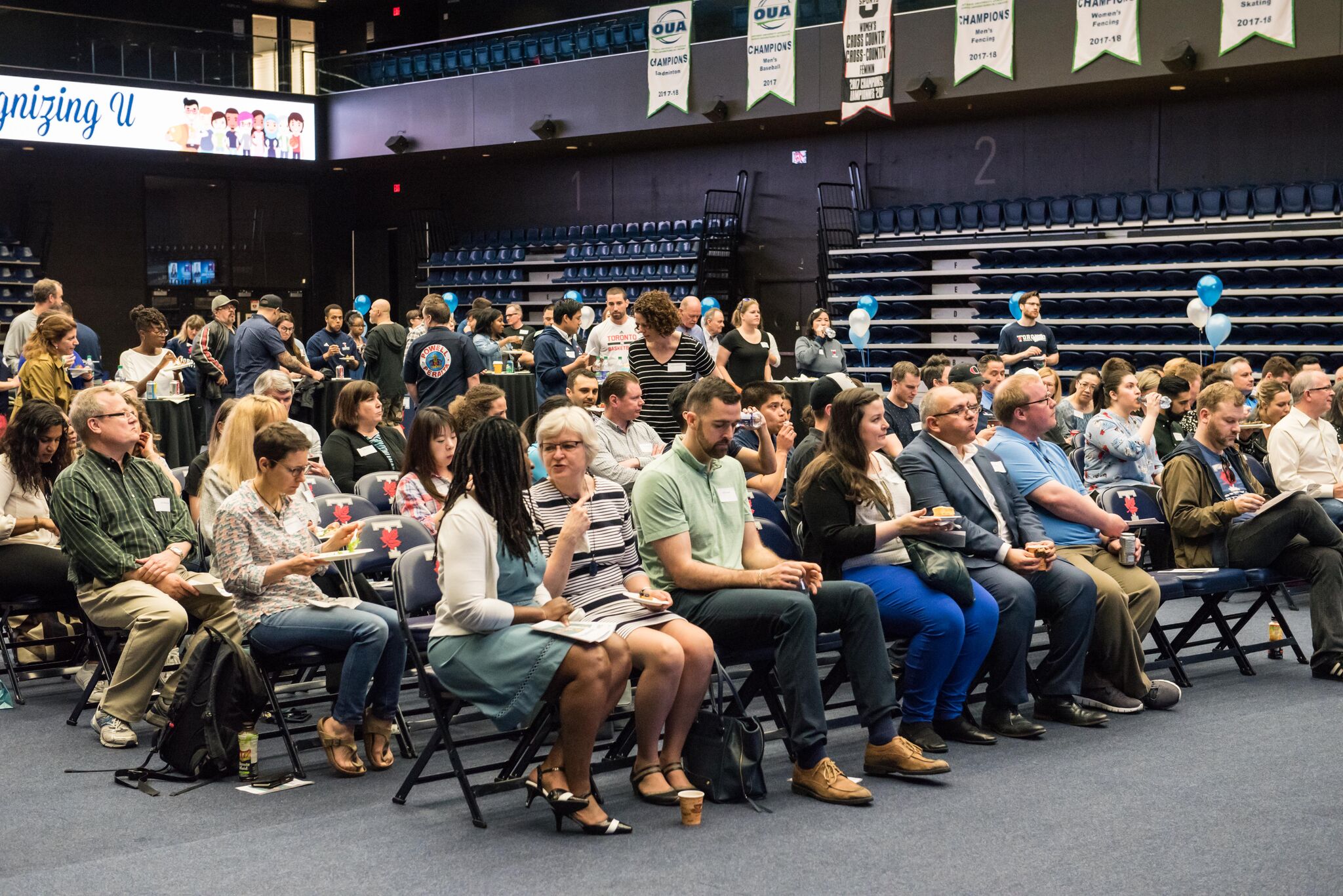 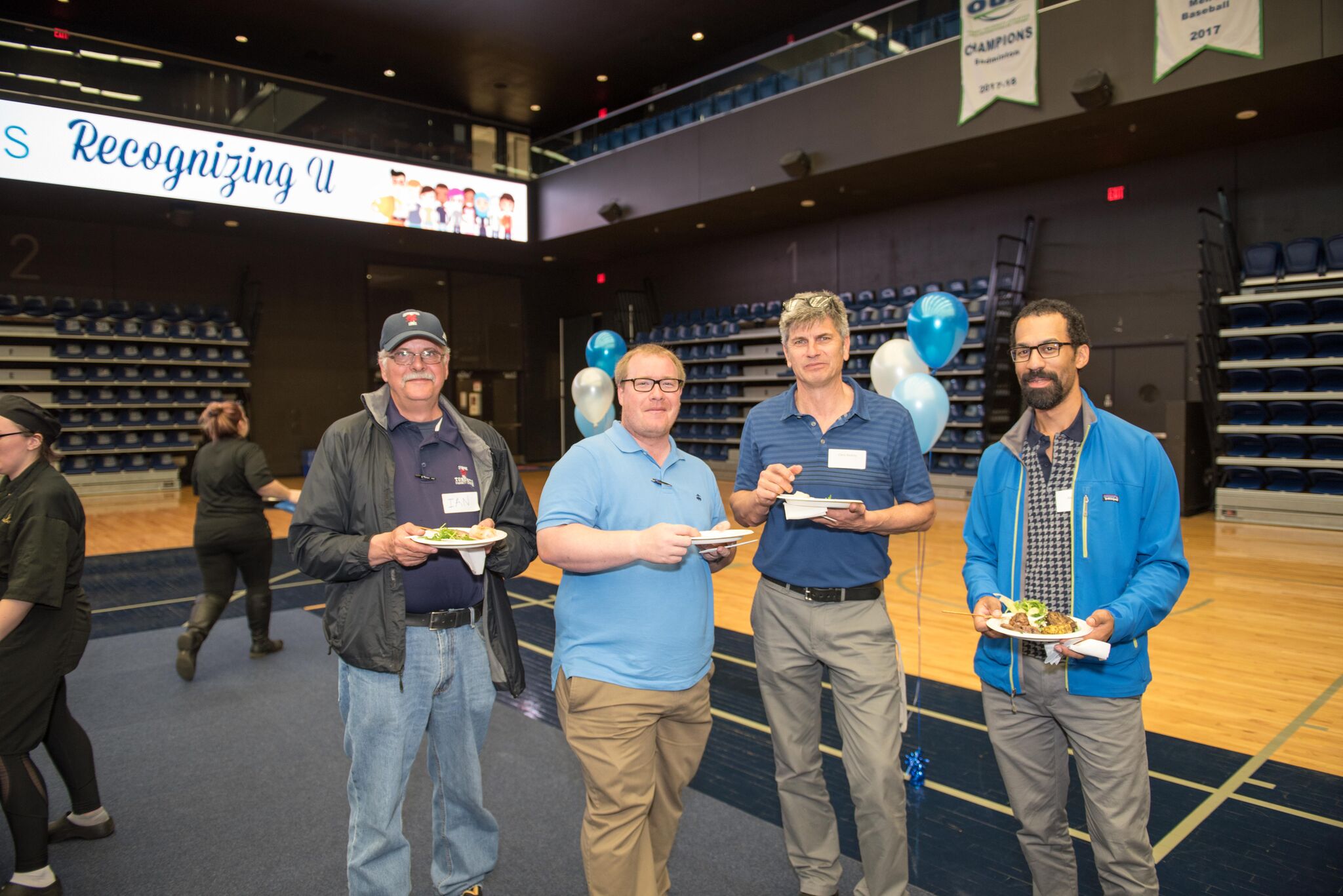 Ian Stephen, Paul Morrison, Chris Dickins and Alex Vickers doing some catching up before the official start of the program

“Our Faculty is committed to the development, advancement and dissemination of knowledge about physical activity and health. As staff and faculty, you play a key role in this mission,” he said. 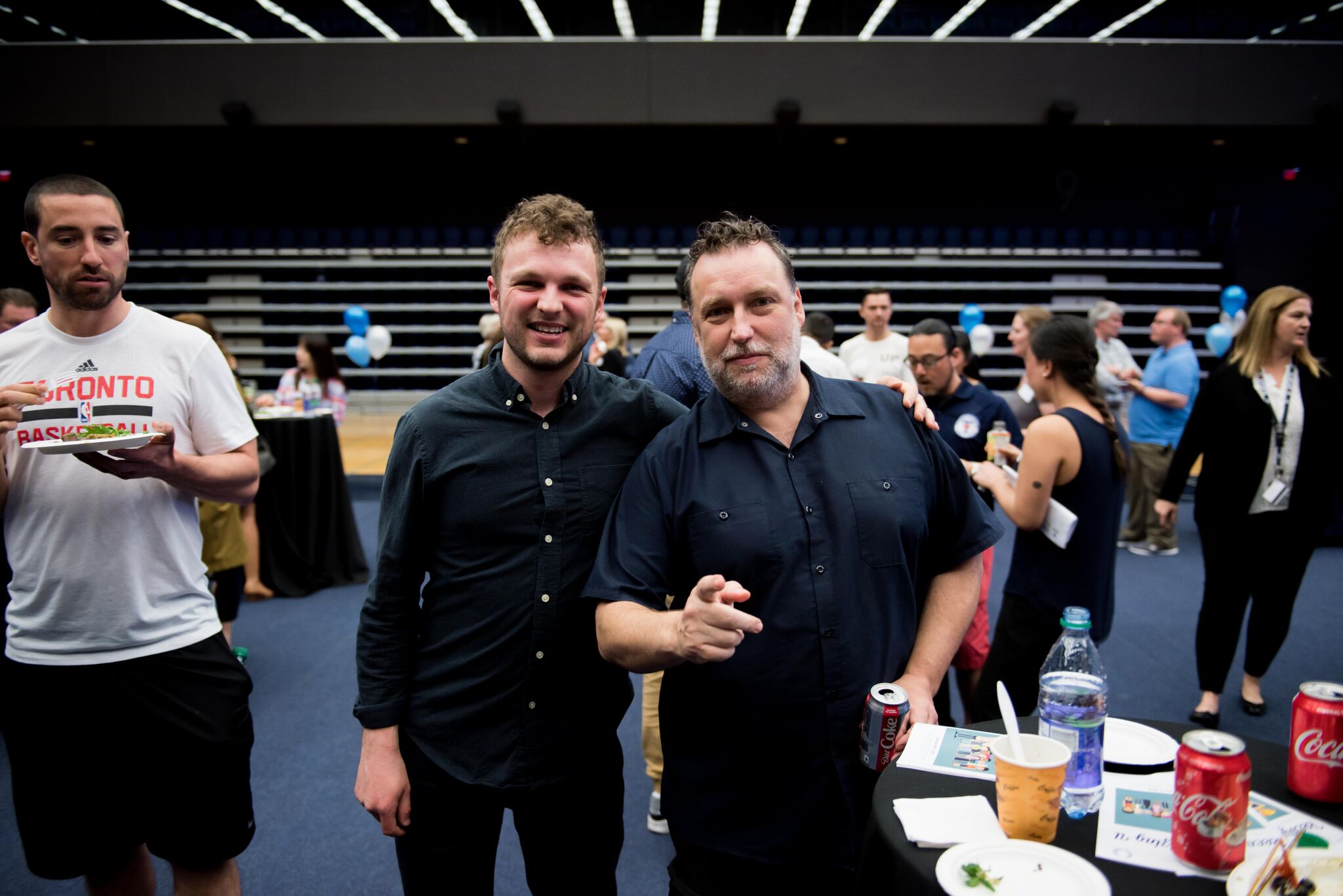 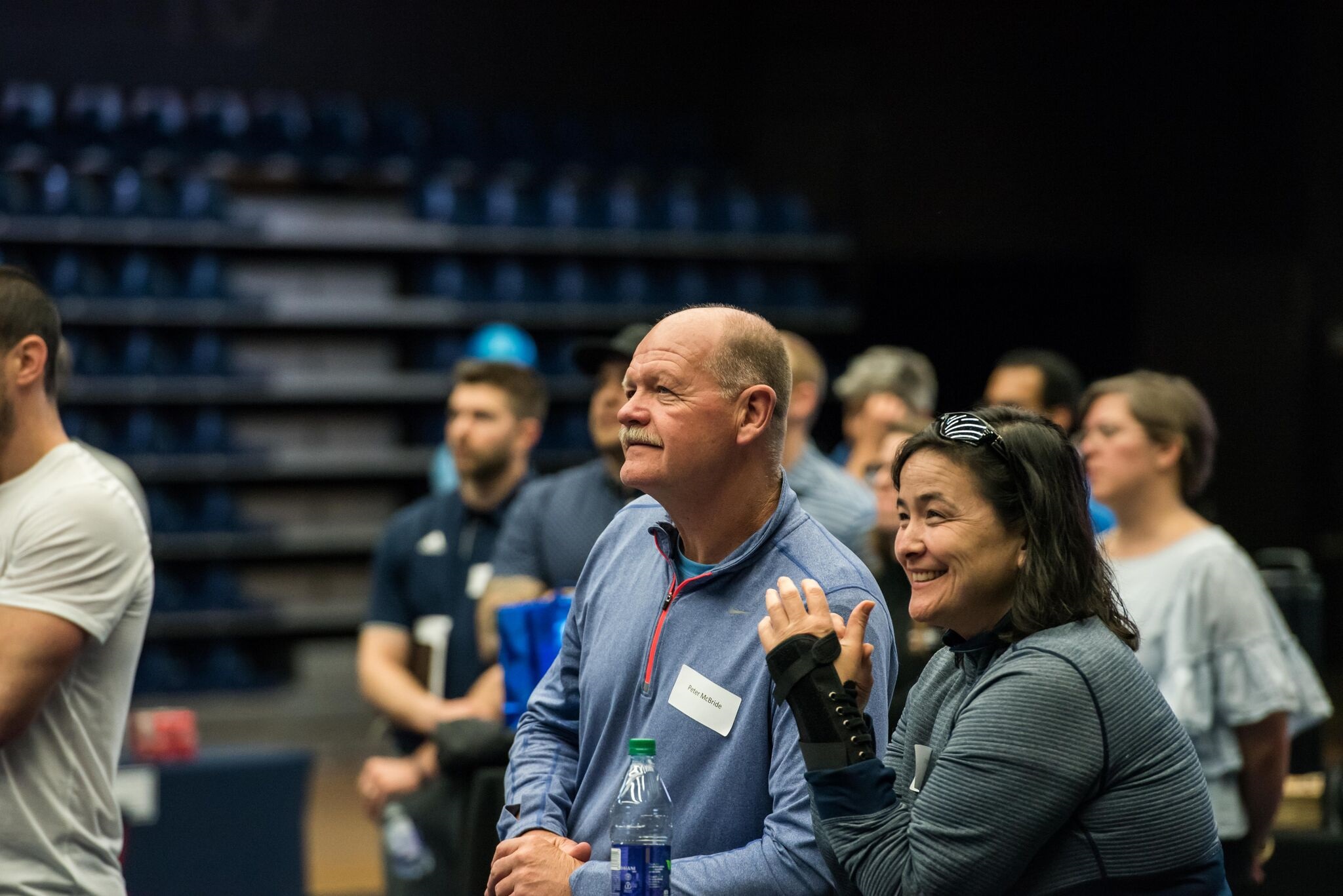 Below is the full list of faculty and staff awarded for their initiatives and accomplishments over the 2017-18 academic year:

OTHER RESEARCH AWARDS AND RECOGNITION

U OF T TRUE BLUE AWARDS

COACH OF THE YEAR RECIPIENTS (OUA, U SPORTS, ETC.)