COVID-19 has forced the world to adapt to various forms of “the new normal,” from working from home to doing exercise on Zoom. The arrival of vaccines will help return some elements of our old lives back, but some things may be here to stay - and that could be a good thing. 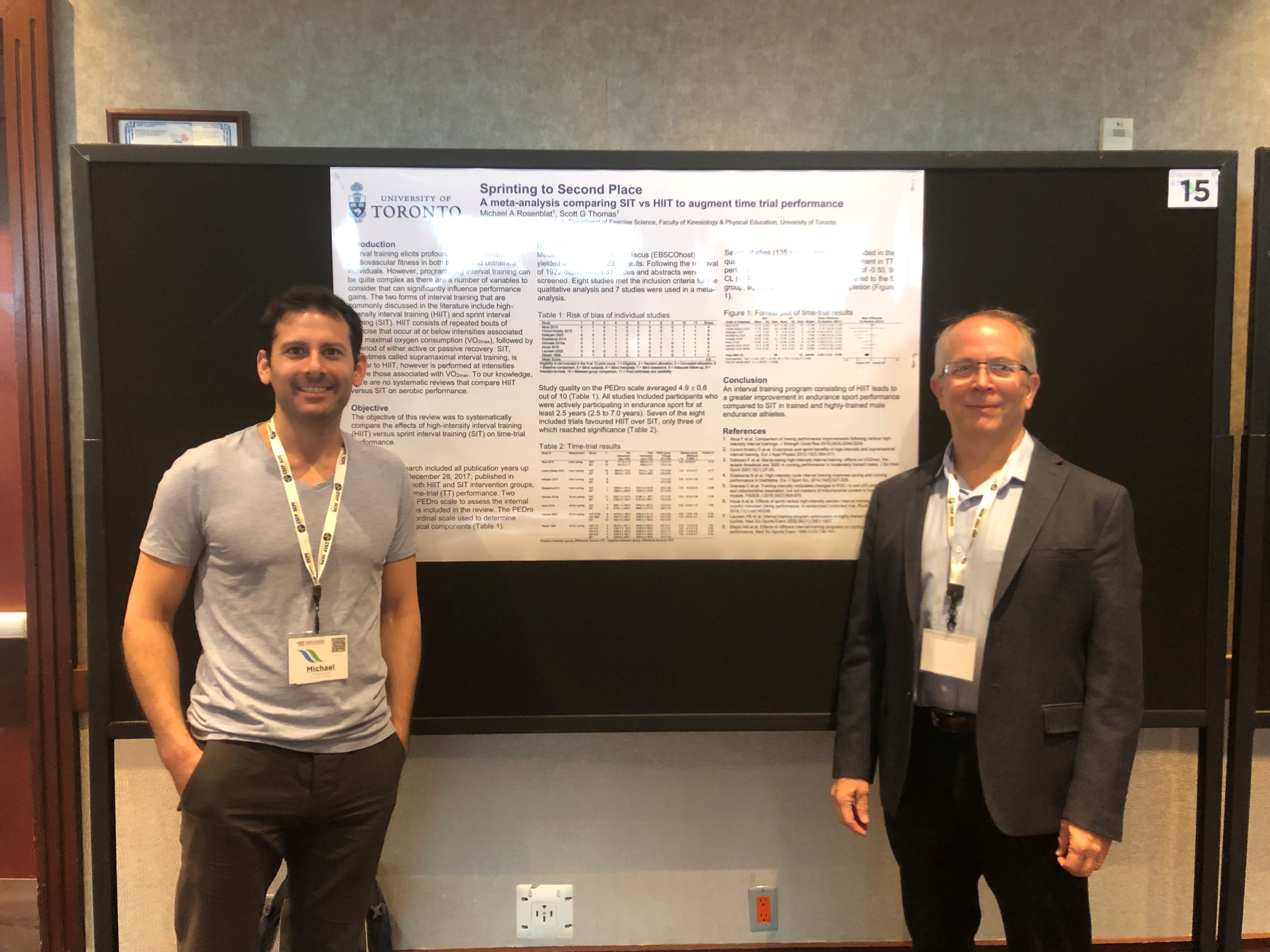 Michael Rosenblat, a doctoral student in exercise science at the University of Toronto’s Faculty of Kinesiology and Physical Education, started recruiting cyclists for a study on interval training in November last year. One problem? None of the participants could actually come into the lab, but Rosenblat found a way around it.

“Participants are performing all testing and training sessions at their convenience at home using their own smart trainer and a piece of software called TrainerRoad,” he says. “This allows me to monitor their performance from afar.”

Rosenblat, who is studying under the supervision of KPE Professor Scott Thomas in the Training and Performance lab, is trying to determine whether it matters how the exercise is distributed within an exercise session, for example shorter vs longer intervals of training, if the total work completed is identical among the groups.

“We know from previous studies that it can take up to two minutes for someone who is exercising to reach peak oxygen levels," says Rosenblat. "So, if you’re doing short bouts of intense exercise, you may be finishing them just as you’re reaching your peak levels of oxygen, whereas if you do longer bouts of exercise of, say, four minutes, you could be reaching your peak oxygen levels and still have two minutes left to train at peak levels.

"We’re trying to determine if and how that affects cyclists’ performance.”

The debate is a long standing one, pitting the merits of intense mechanical work, the actual physical work that goes into performing an exercise, vs. metabolic work, the physiological changes that occur during and after exercise that can take longer to build up. The results of the study may help tip the scale in one direction and help cyclists better program their interval training for optimal results.

This is the first international interval training study of its kind, according to Rosenblat, bringing together sport science researchers, universities and cycling clubs from all over the world, including U of T’s Dalla Lana School of Public Health, California State University San Marcos and two universities from Norway, University of Adgar and Inland Norway University of Applied Sciences.

“Also, it is common for athletes to train at home using their own equipment on their own schedule, as opposed to coming into a lab. This will help simulate a more realistic training environment and give us more realistic results.”