KPE celebrates the class of 2020

The Faculty of Kinesiology & Physical Education (KPE) celebrated its graduates with a special video featuring the dean of KPE, Professor Ira Jacobs and a graduate of the doctoral program, Emma Yoxon.

Krystn Orr, Jason Dellatolla and Tabitha Amponsah joined over 5,200 students from more than 59 countries graduating from the University of Toronto this fall. Below, they share their experiences of studying at the Faculty of Kinesiology and Physical Education (KPE), lessons learned and plans for the future. 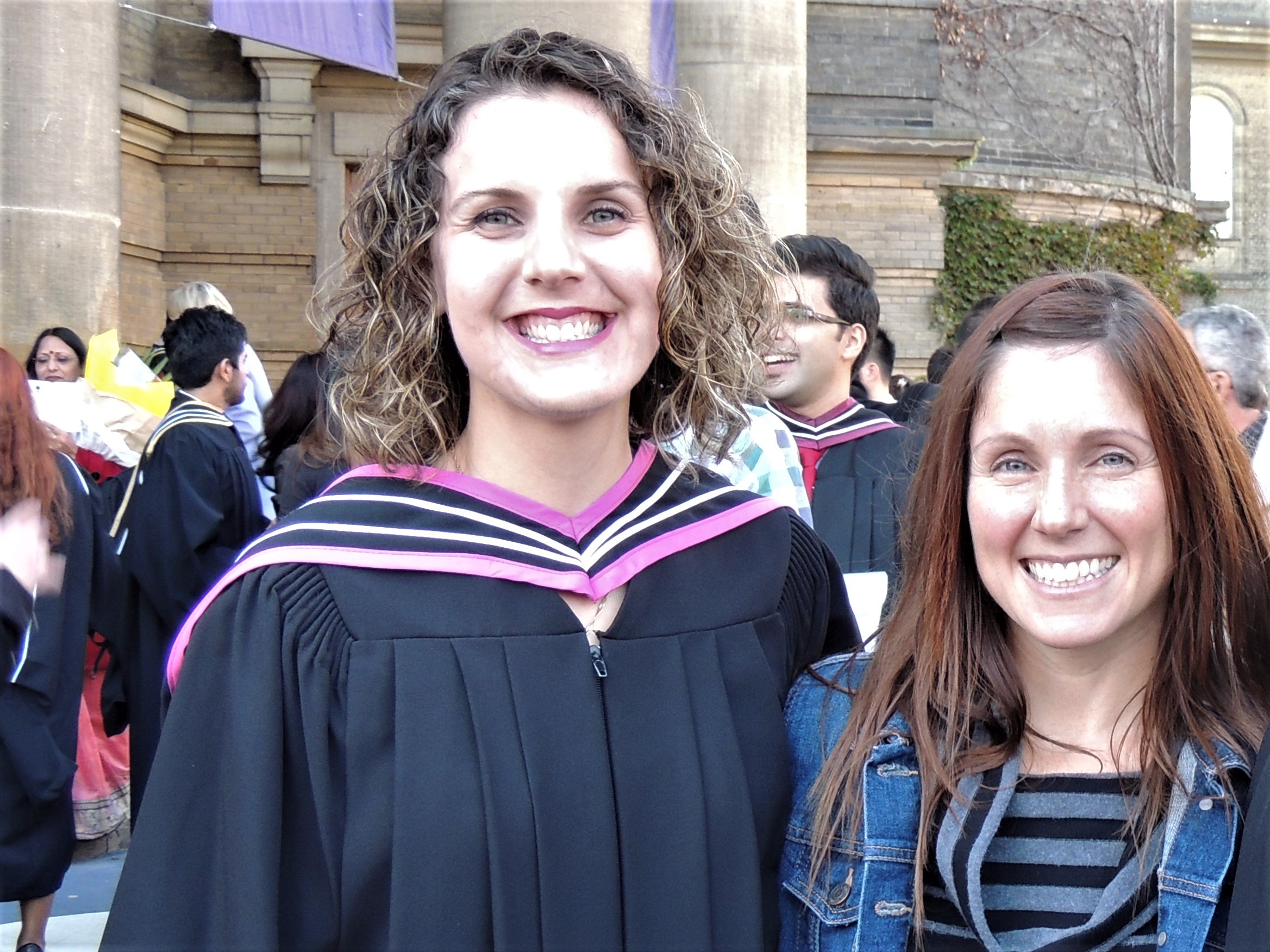 Krystn Orr graduated with a PhD degree from the University of Toronto’s Faculty of Kinesiology and Physical Education. Under the supervision of Associate Professor Kelly Arbour-Nicitopoulos, she researched recreational sport programs for athletes with a disability who were 18 to 25 years old.

“I am grateful for the mentorship, collaborations and friends that I have made during my six years at the University of Toronto,” says Orr. “These connections are invaluable and enduring. Throughout my graduate studies, the people I met made my experience enjoyable and highly entertaining.”

Orr was in the final phase of writing her doctoral dissertation when the COVID-19 pandemic struck. She says the weekly connection with her lab and the support that she received from current and previous lab members as she went through the defence process helped her get through a challenging time.

“It is no wonder my research focuses on the social environment and the peer connections, when my most memorable times, both good and challenging, are driven by the personal connections I have within the Faculty,” she says. 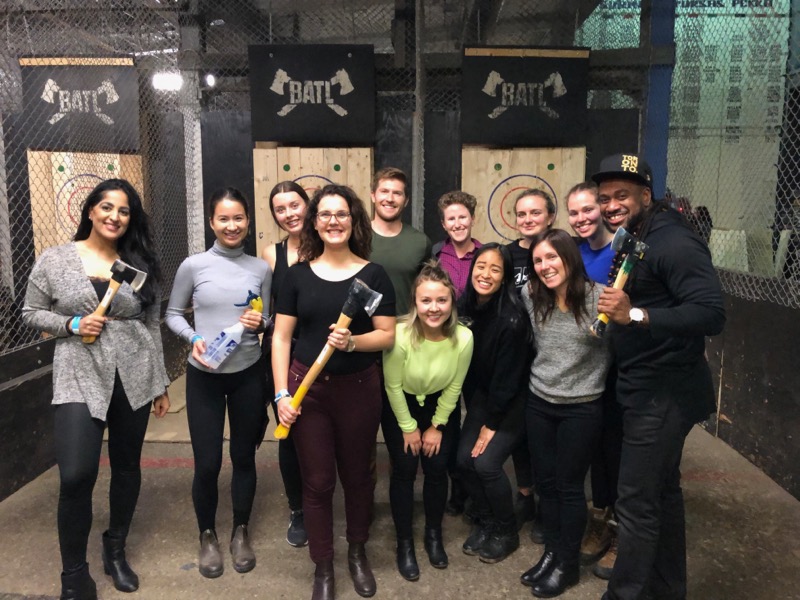 The Adapt Lab had a 2019 holiday party at BATL, an axe throwing company. Orr is in the centre holding the axe and Arbour-Nicitopoulos is second on the right in the front row (photo courtesy of Krystn Orr)

Pressed to choose one takeaway from her time as a student at U of T, Orr says learning to trust herself has been very valuable.

“Trusting yourself may take many forms, including knowing when you are spread too thin and you need to say ‘no’ to asks,” says Orr. “In life, it can be tempting to say ‘yes’ to every opportunity to build your skill set, experience, connections and qualifications. But at what cost? I found it highly valuable to set boundaries on my time and commitments in order to produce high quality work, engage in personally valued activities outside of academia and reduce my overall stress.”

Orr is now a postdoctoral fellow with McMaster University’s School of Social Work and Special Olympics Ontario, working on developing a curriculum that will assist coaches working in an online environment. She is also a co-founder of a project consulting team called Game Changers that supports social change programs, organizations and foundations to implement sustainable, equitable and inclusive services.

After completing his bachelor of kinesiology at McGill University, Jason Dellatolla lived in Victoria, BC for a couple of years, interning with a few high performance sport teams. He worked with national, Olympic and Paralympic athletes, as well as youth and varsity athletes. He decided to pursue a master’s degree in exercise science, in order to enhance his career options in strength and conditioning.

“My research focused on developing a more holistic, integrative understanding of resistance training performance and the potential underlying mechanisms and contributors,” says Dellatolla. “It was important for me to study both the mind and body as they are inextricably linked. This is something I encountered in my own training, while competing at the national level, and in coaching, working with high-performance athletes and the general public.”

Dellatolla experiences depression and says there were times when he couldn’t be as productive as he would have liked to be. He advises students in similar situations to find and develop support networks in advance to help them through the low times.

“Too often, many students like myself feel alienated and beat themselves up over it when, in reality, many others are struggling. Knowing this and understanding it has been very helpful to me.”

Dellatolla says his peers and professors were exceedingly helpful and supportive throughout his graduate degree.

“I was really impressed with the level of expertise of the professors at KPE, but also by the extent to which they were willing to go to help us out in our studies.”

His words of advice for new students coming on board or nearing the finish line are to have a sense of where they want to go and what they want to achieve, be flexible and kind to themselves and others, and to ask for help when they need it.

Dellatolla plans to pursue a PhD degree next fall and hopes to continue research on the impact of the interplay between the brain, body and mind on wellbeing and performance. 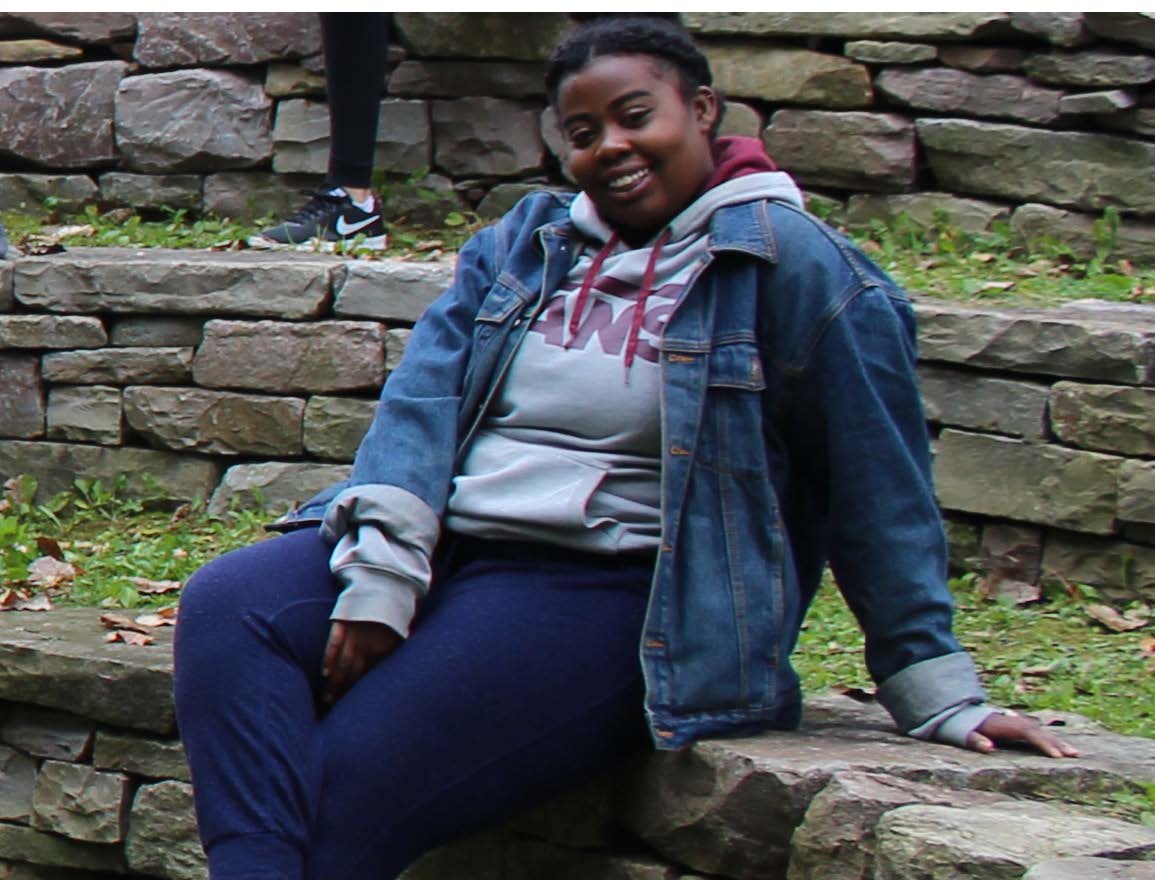 Tabitha Amponsah graduated with an undergraduate degree in kinesiology. Growing up in BC, she was always interested in the medical field, as well as sports.

“I heard a lot of good things about the kinesiology program at U of T and I surely was not disappointed,” she says.

A fan of sports and physical activity, Amponsah says she played almost every sport in high school and was good at it. No surprise then that she played on the women's and co-ed volleyball and basketball teams while in university.

But the thing she enjoyed the most about her undergraduate studies was the first year anatomy class, where students got to work with cadavers.

“This was a moment I would never forget,” she said. “This experience made me feel so honored to think that people would donate their bodies to a university to help students learn. Everything that I learned in that class was amazing. I wish that I could go back in time and appreciate it even more.”

She also enjoyed the city life in Toronto, which she describes as fast-paced and freezing with a capital F.

“People in BC definitely do not know what winter is,” she says.

Amponsah says attending one of Canada’s top universities was demanding and gratifying.

“In second year of kinesiology, there were so many classes to take and exams to go with them. You would have an exam, blink twice, and have another one right after. But as long as you had a schedule and people around you to support you, you could get through it,” she says.

Her biggest takeaway is to never take anything for granted.

“By going through all the classes and tutorials and council meetings, I was able to understand that it is so important to seize the situation that you are in. Although things may be hard to understand at times, it is important to know how blessed you are in life. Everything happens for a reason and although times may be tough sometimes, you just have to do your best to come out on top.”

Amponsah plans to study athletic therapy next and be a top therapist with a national sports team.